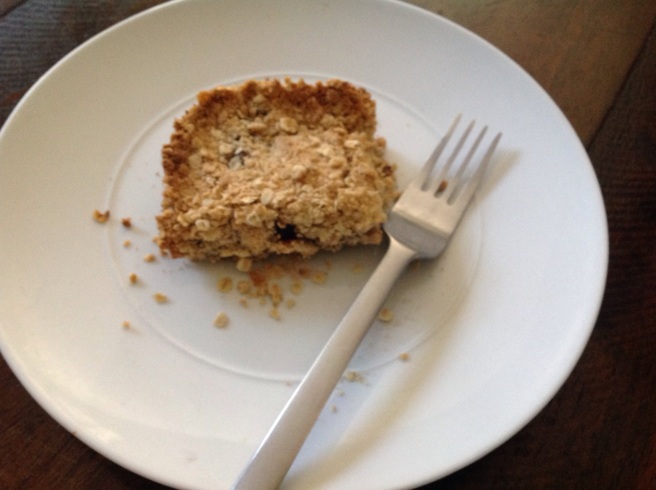 I can’t say I was excited about this recipe. I think the name reminded me of my least favorite Baked recipe, Bale Bars. But, cookies are my favorite thing to make and this recipe sounded like a breeze. 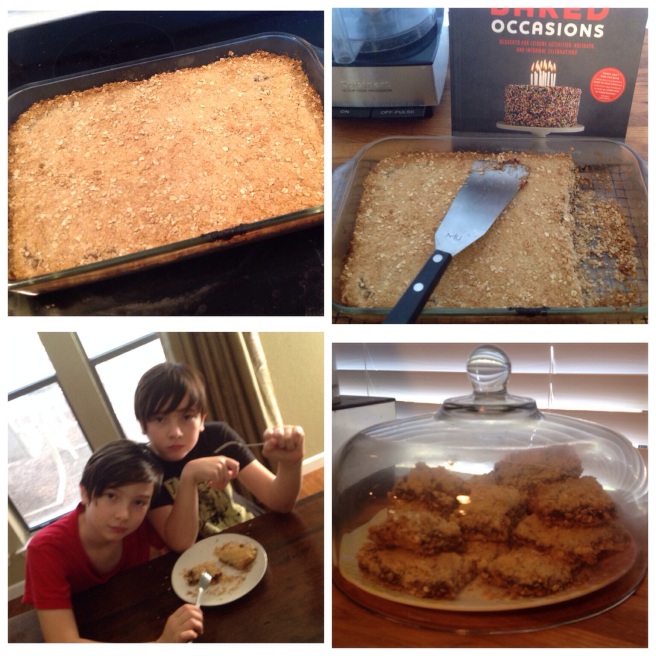 They were super easy to put together, and the only dates I found at my local store were already chopped into small pieces, making things go even quicker.

I had two small issues: the first was that my crumb mixture was too dry. It really did need more butter and I considered adding more, but in the end I just went with the original recipe. That made them more messy and I lost a lot of the crumbs, but there was a cohesive bar in there that cut nicely and came out of the pan easily, even without using parchment. (how could I be out of parchment?!)

My other issue was that I read the instructions wrong. It said to rotate halfway through baking, about thirty minutes and for some reason I took that to mean rotate thirty minutes in, then bake another thirty. I realized my mistake about five minutes after rotating so luckily I didn’t ruin my bars.

I have to say, the bars are really tasty and were nothing like my sad bale bar failure. My kid-testers enjoyed them too even though one of them was really disappointed that there was no chocolate involved. He thought ‘date squares’ were cookie bars you made for a date, and would naturally contain chocolate.

Go see what everyone else thought!

Next up: Wintermint Cake!! This cake is due the same weekend as my birthday, so I think I know what kind of cake I’ll have for my birthday this year!!!